Why A Modern Fiction Writer Should Read Philosophical Dialogues 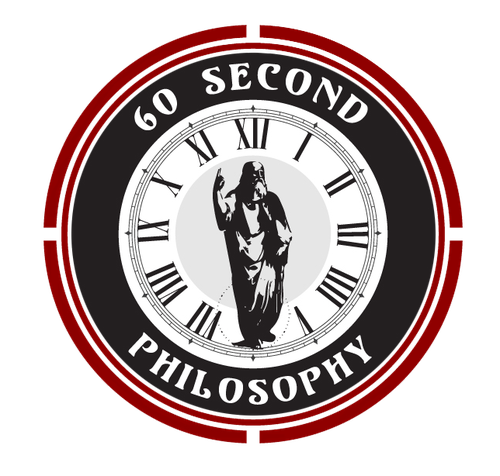 What is a philosophical dialogue?

At its core, a philosophical dialogue is a written discussion between two or more individuals on matters of philosophy (philo- love / sophia- wisdom). These discussions can range in topics from love to politics to whether one should take pleasure in scratching an itch. But rather than just writing a long essay on these matters, authors of philosophical dialogues present them as an interplay between personalities. In Plato’s dialogues especially, the characters have their own personalities, objectives and backstories that influence the stance they take in the discussion.

Dialogues are unique in fiction in that the ideas take center stage. There is a plot in philosophical dialogue, but that plot is advanced though the development of ideas rather than the actions of the characters. Even so, philosophical dialogues are far from boring. Just to take a sampling from Plato’s work, they contain jokes, death threats, seductions, executions, jailbreaks and more.

First, the genre offers great insights into crafting a narrative with limited resources. The writer of dialogue cannot spend much page space expositing character, setting or movement. Still, these elements are critical and are interwoven winsomely in the speeches of the characters. Plato’s dialogues capture this phenomenon well. We learn about the person through the words they speak, and we interpret the words they speak through what we know about the person. This cycle of interpretation and character development is a worthy study for those seeking to improve their own writing.

Second, philosophical dialogue can help us understand plot in a new way. Most dialogues have a primary aim, much like the main arc of a novel. For Plato’s Republic, that aim is to define Justice. Throughout the dialogue, however, there are many other topics that arise for discussion. Take these as sub-plot points. The way a master writer like Plato weaves these sub-points into the dominant theme is something that we can emulate in our own writing. Each sub-plot arises naturally from discussion, as it would any of us have a conversation and get sidetracked. Each of these “distractions” inevitably makes its way back to the main idea and contributes to it in some helpful way.

Seeing the plot of a novel like a discussion can help us see the “off-ramps” and “on-ramps” of our main story arc more clearly.

My advice is to read (or better yet, listen to) a philosophical dialogue. Perhaps doing so will inspire you as you craft your next novel or short story. Even better, perhaps you will find yourself wanting to write a dialogue of your own! If you would like some recommendations, shoot me a message; I love talking about this sort of thing.

For more information, check out another article I wrote on this topic.

Other blogs by author I want to write a blog

I’d recommend every dialogue by Plato, but especially Apology and Crito for writers. I cannot read them without being moved.

Another great one is Hume’s Dialogues Concerning Natural Religion.

Such philosophical dialogues are not unique to European or Greco-Roman traditions.

I usually read philosophical exchanges of classic Zen Buddhist or Mahayana traditions. Some of these can be found in sutras too.

I suspect I’ll have a rather unpopular opinion of this topic…but I hate reading philosophical dialogues. I don’t think I’ve ever experienced a more unpleasant, inefficient way of learning. 95% of the time when I read these things, I already know everything stated.

I like writing my own philosophical dialogues. I think that how philosophy works best is as informally as possible - just reckless, foolish individuals talking to each other as honestly and shamelessly as possible. The most important thing is to get everything out of your head, especially the controversial stuff you feel hesitant about stating. Have some vague stream of thoughts that you’re not even sure is coherent? Wonderful! Belch forth your ignorance on an intelligent discussion forum and people will tell you whether or not it makes sense.

Now, I love thinking about philosophy at talking about it. I don’t think philosophers hardly ever talk about anything significant though. There are tons of science fiction concepts, on the other hand, that aren’t discussed by philosophers because nobody even thought about them before about fifty years ago. I think it’s the modern thinkers, and the forward thinkers who are most important to add to the vies of…or I would think that, if they even existed. They nearly don’t. The only exceptions I know of is content like Isaac Asimov’s views and some of the thought experiments in Star Trek. There are a ton of philosophical conundrums people could tap into that they never do.

I don’t think that’s an unpopular opinion. That is very much how we converse. recklessly, bluntly, yet there is something philosophical about it. Making the esoteric easy to understand is a sign that we are learning to apply its concepts.

As for views of modern psychologist or sociologist, comparing their views with philosophers from the past often yield fascinating epiphanies. Some of them are talking about similar things, but the difference in time and culture shows in how they express these concepts. In others, they may disagree fundamentally due in part to how times have changed,

To me thinkers of both the old and new are both sources of wisdom. I don’t think one is more important than the other.

Excellent post, Bob, and loaded with wisdom. The naysayers probably have not spent time with the ancients. Much of what we believe to be original or read as original is owed to the Greek philosophers. Reading them can be a challenge, but credit should be misplaced.

Plato, Socrates, and Aristophanes were primary sources for me on the subject of love, the fruit of which became a contemporary story involving at least one actor who neglected his lessons and paid a price.

The application to storytelling is dead-on. Kudos.

Thanks for the blog!

will they help write the dialogue of a Khmer crack ho?

Somehow I doubt it.

Maybe i should chore through Ulysses also?

95% of the time when I read these things, I already know everything stated.

Have you ever heard of Plato, Aristotle, Socrates? Morons.
-Vizzini (when death was on the line)

Just to expand your repertoire, you can take a look at the relation between destiny and affinity when it comes to love and relationships. This is central to Chinese culture who view bonds between people as transcending lifetimes.

will they help write the dialogue of a Khmer crack ho?

Many a times people stick close to their belief system and philosophies. Their drivel or soliloquy, while crude, can sometimes be traced back to some philosophical values passed down through generations.

If the Khmer is a Buddhist, he may rant about how there may be comeuppance for what he did, but until then, he wants to enjoy life first. However, while doing so, he may curse his fate and hope the young ones in the group don’t follow in his footsteps.

and do i need to read philosphical dialogues for this? or do i absorb this information by osmosis from the society of the characater?

i suggest its the latter. and that these philosphical dialogues have been repeated so many times through society and literature that i do not need to read them directly. They are all around me.

have a nice weekend!

There is no right or wrong, but as the saying in Chinese goes: there is no end to learning. Reading up is never a bad thing. For instance, How societies view hedonism has changed over the years, and to know its roots, it may be wise to take a peek on how different philosophers think about it 2500 years ago.

For me, I read both philosophical dialogues, study religions, and observe and experience the world. I don’t want to form judgements yet.

I don’t think they’re morons. I think they were brilliant people for their time. I just think I have the internet, and a lot of curiosity about philosophy-related issues that I think about on my own, and talk to people about, and research, and in my experience that’s been the better way to learn than reading anything by Plato or Aristotle.

That said…I’m not saying it won’t improve writing skill, necessarily. I think I may have been too impulsive in posting when the theme was reading their works improving writing skill. It may. I’m not sure. In my experience, however, I’ve seen little to no correlation between reading philosophy and having much in the way of strong logical thinking skill, and most of the best abstract thinkers I’ve talked to cared little to nothing about reading philosophy.

Haha! I was just messing around. Your post just popped that scene in my head.

Since you bring it up though, studying philosophy without studying the likes of Plato and Aristotle is like trying to study physics without studying Newton. Yes, physics as a field has moved on from the Newtonian model and you aren’t likely to study Newton’s actual work (except calculous) directly. But much of what he developed is still at the heart of physics and must necessarily be understood in order to move to the more accurate and precise models we have now.

Here are some of the blogs that our members have been contributing recently. 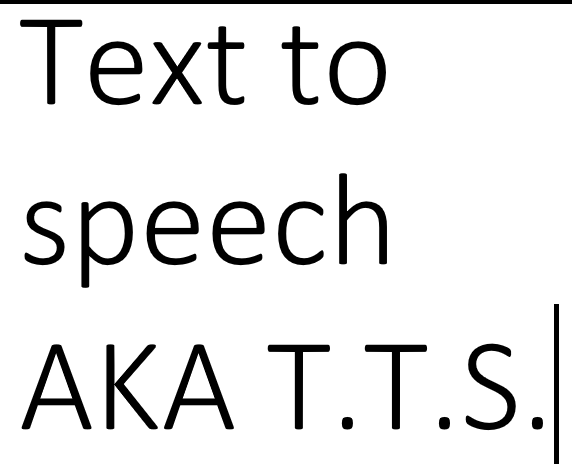 Using text to speech to listen to ones own work.

Andrew Dressner at May 20

The market for self-published books is booming. Of the fifty top-selling Amazon eBooks as of February 22, 2022 at 9:00pm (and yes, the list is updated hourly,) 19 are self-published. Another 11 are pu...

Edwin Cole at May 01 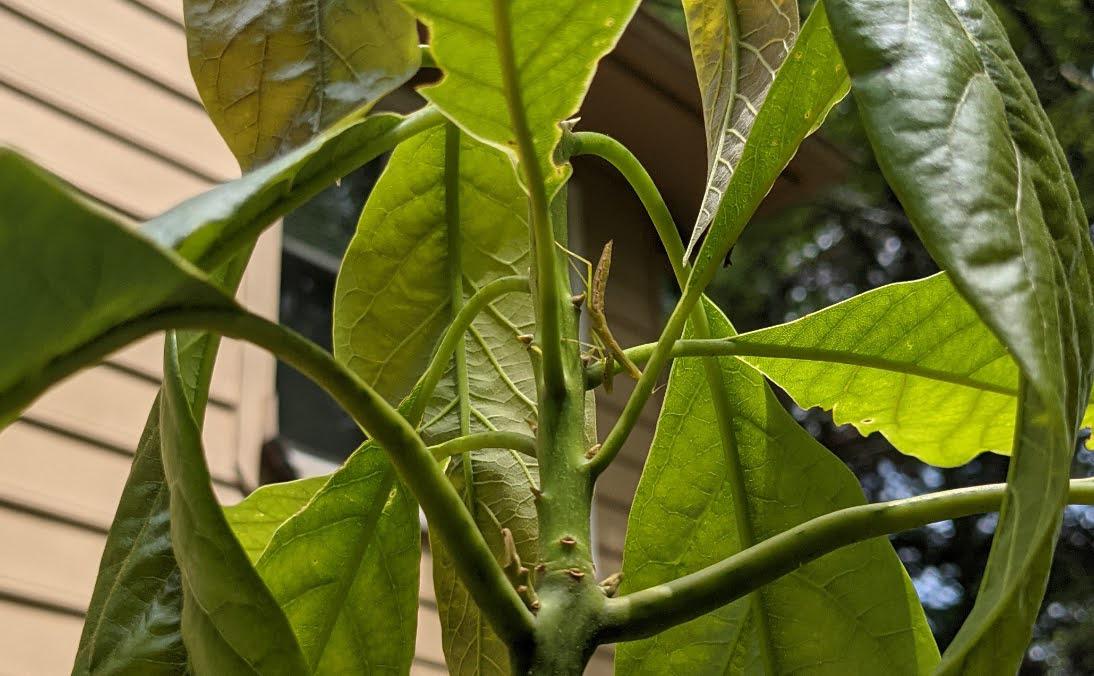 An image can evoke an array of responses based on the viewer's personal life experiences. While a snowy scene of wolves chasing a young buffalo may trigger discomfort for some, others may find strikin... 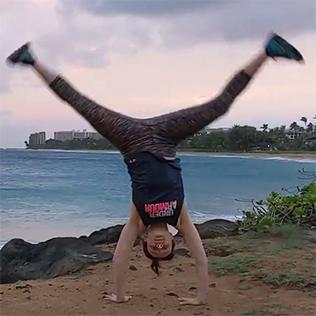